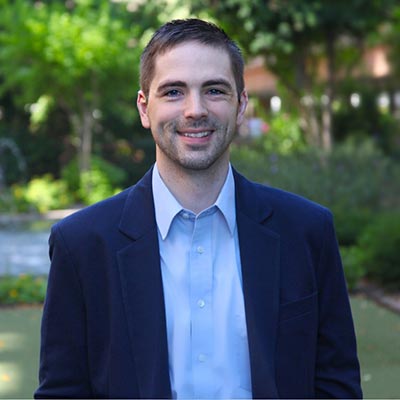 Derek Funk is a compassionate advisor and zealous advocate for his clients.

He enjoys working on difficult, novel and complex legal matters, including analyzing and evaluating different paths and arguments until he finds the one that best promotes his clients’ interests. Derek is able to see the big picture, even if there are a lot of moving parts, and he creatively finds solutions tailored to his clients’ needs and goals.

Derek is also adept at conveying complex ideas and concepts to others in a straightforward and effective manner, both as an oral advocate and as a writer. He has authored multiple award-winning legal briefs and has been published in several national magazines, including Dentist’s Money Digest and MD Magazine.

While attending law school, Derek was a Willard H. Pedrick Scholar and served as Articles Editor of the Arizona State Law Journal, where he published his Comment, Checking the Balances: An Examination of Separation of Powers Issues Raised by the Windsor Case.  In addition, Derek participated on the law school’s Vis International Commercial Arbitration Moot Court Team as a lead Brief Editor, and his team’s brief was awarded an Honorable Mention for Best Memorandum at the international 11th Willem C. Vis (East) Moot Competition.