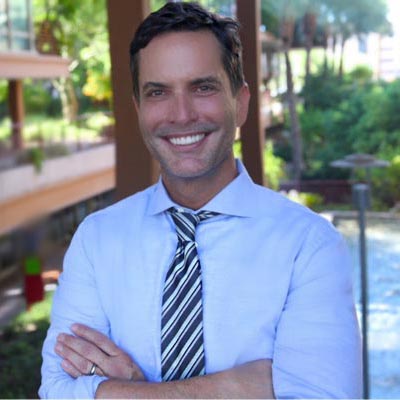 Ed has successfully filed, litigated and resolved a broad spectrum of cases in Arizona state and federal courts. He has also represented clients and litigated complex matters with local counsel throughout the country, particularly in the areas of disability insurance bad faith, consumer protection class actions, and antitrust litigation.

After graduating at the top of his class in law school, Ed was privileged to be offered a litigation position with DeConcini McDonald Yetwin & Lacy, P.C., a firm founded by Evo DeConcini, a former Arizona Supreme Court Justice and former Arizona Attorney General, and his son, Dennis DeConcini, a U.S. Senator representing Arizona from 1977 until his retirement in 1995.

In 2000, Ed moved to Phoenix, practiced with the international law firm Squire Sanders & Dempsey (now Squire Patton Boggs), and ultimately established his own healthcare and litigation practice in Scottsdale.

Ed is most well-known for his litigation experience, particularly in the professional “own-occupation” disability insurance industry, where has has garnered national acclaim for his goal-oriented, results-focused approach.

His experience also includes participation in trial teams in commercial matters involving multiple parties and multiple districts. He has substantial motion, appeal, arbitration, and injunctive relief experience and a significant number of jury and bench trials, and arbitrations, in which he has first chaired.

Ed is also experienced in assisting with the litigation needs of physicians, dentists and other healthcare providers in virtually all areas, including providing consultation and representation in corporate and partnership disputes, regulatory and insurance compliance, employment issues, independent contractor and managed care issues, breach of non-compete and anti-solicitation agreements, state licensure issues, business and personal divorce (including practice valuation), and commercial collections.

Ed has received the Martindale-Hubbell AV Preeminent rating  (the highest possible peer-review rating predicated upon his achievement of “professional excellence” and the “highest levels of skill and integrity”).  He is recognized as a Southwest Super Lawyer, and has been named a “Top Attorney” by Ranking Arizona (Healthcare, Commercial Litigation).  Ed has also served as an adjunct professor at both Arizona State University and the University of Arizona Colleges of Law, and as a Judge Pro Tem for the Maricopa County Superior Court.